Taree Turns on Summer of Fun

The annual Taree Summer of Fun Regatta is always a highlight for the athletes of SRC, as the best and the rest from around the state gather on the tempestuous Manning River. This year flood warnings had preceded SRC’s arrival, however as it eventuated the waters subsided and the only overflow evident was that from the Sydney cup of success.

Day one of the Taree regatta was a wild affair. As always the initial marking of territory sparked controversy, as clubs sought to lay claim to prize tracts of land through various demonstrations of dominance. A foray from the Penrith club into the traditional acreage of the Balmain club led to the subsequent displacement of Leichhardt, Newcastle University and Glebe from their preferred positions causing much angst amongst the proletariat. Fortunately the gentry of SRC were as ever landed in the prime position thanks to the efforts of Captain Pauli Coates and Ray Armstrong.

The impressive land and property holdings of Sydney, combined with a choice selection of labour inputs and strong entrepreneurial spirit saw the club perform to the extreme of its productive capacity once racing commenced. This was despite an early setback caused by the withdrawal of Hugh McLeod (back strain) from the A single, an entry those using the accrual method of accounting had already booked as an SRC win when the draw was released. Such disappointment was but a distant memory when the men’s B singles took the course, with the saturnine mood displaced by jubilant wins to Brenner, Goldstein and Giles. 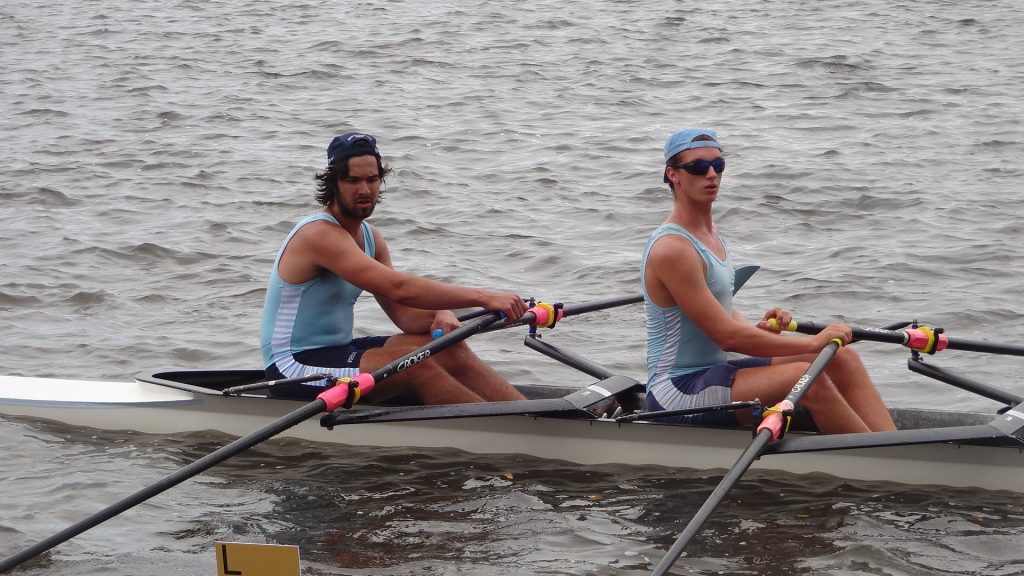 The mixed quads proved to be a swingers event, as Sydney notched couple of wins and a couple of defeats. Nonetheless all competitors left satisfied that they had thrown their keys into the ring and given it their best shot. Following the day’s racing the SRC contingent separated for the evening. Some gathered at Hugh McLeod’s new residence in Taree where a wholesome meal was provided, while others hit the Taree main street to enjoy its famous nightlife. Fortunately there were no reports of misadventure this year, perhaps due to some notable non-attendances amongst the touring party. 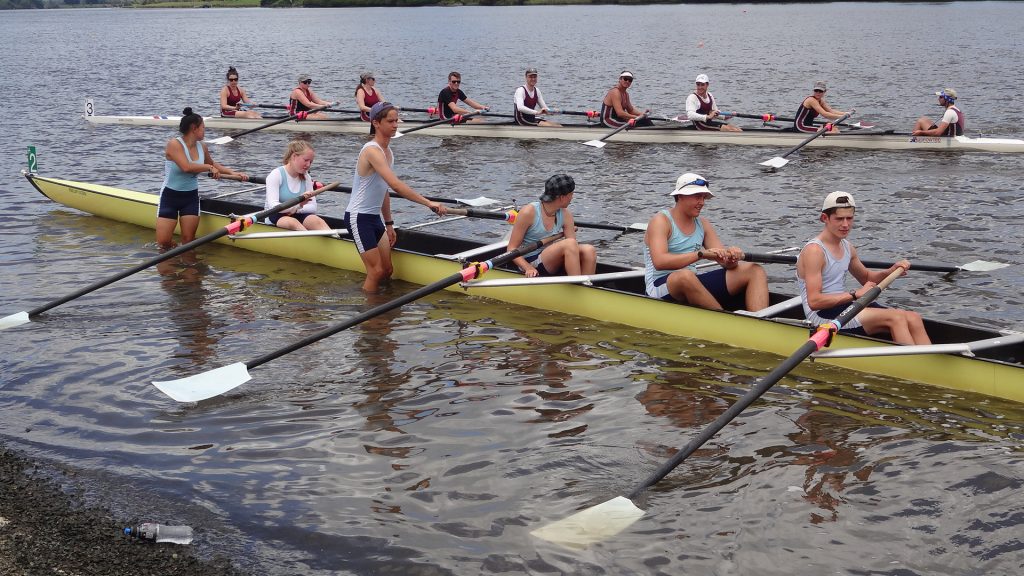 Day two began with a flurry of Sydney wins, headlined by Richard Martin and Ken Ambler in the masters eight in a composite with the Mosman club. Mosman have long been the standard bearers for men’s masters rowing in NSW so it was a great opportunity for Sydney to share in their success. This marked the beginning of an incredible run of seven consecutive wins for the club, spanning the women’s B pair of Emily Partridge and Madison Brown to the men’s D grade single of Christian Pezo. This statistical anomaly would soon correct itself however, as the men’s open four suffered defeat after the unfortunate withdrawal of senior member Hugh McLeod (knee strain).

The foursome of Fiona Martin, Deb Church, Kaye Smythe and Dorothy De George were a constant force over the weekend and had a dashing win in the quad on Saturday. The men’s masters’ squad received a rousing pre-race address from Dallas Smith, after which the double of Paul Coates and Andy Goldstein duly saluted. Perhaps the most exciting race of the weekend was in the men’s pair, where Stu McDonald and Jack Farthing rallied from 2 lengths behind at the 250 to finish over the top of Glebe. The lightweight pair of Gav Parcsi and Matt Bladen was close behind in 3rd.

Following the completion of racing, the traditional whole of club barbeque was held on the course. As always this was a fine opportunity for athletes, coaches and supporters to share stories and contaminants over the braai. Gradually however the impending tariffs of the final days racing began to weigh on the mind and an early night was called.

The final day of the regatta continued in much the same vein as the first two, apart from the weather, which turned far more pleasant facilitating greater use of the club recovery pool.

The B quad of Sara McDonald, Brianna Caputo, Emily Partridge and Madison Brown were worthy winners in the morning, taking a comfortable 2 length margin over the Leichhardt club. Gav Parcsi then atoned for earlier defeats with a resolute win in the lightweight single. Unfortunately the spectre of injury again hung over the club as substitutions were required in Masters and Open grade quads due to the unavailability of Hugh McLeod (rib strain).

In keeping with the latest directives from Rowing Australia, the SRC crews embraced this disruption and the replacements excelled at the new metrics of success determined – Kurtis Aroney anchored the open quad in its win, while Anthony ‘the magic man’ Mujic was conscripted from Newcastle Uni for a tour of duty in masters quad.

As ever, the regatta was a great success and was much enjoyed by the entire Sydney contingent. Congratulations must go to Manning River Rowing Club and Rowing NSW for their outstanding strategic direction and client focused approach.