Another sunny Sydney day presented itself for the May Rowers’ Reunion last Sunday. A total of five boats were scheduled to be christened, but with Australian Olympic team commitments excluding Alex Lloyd and Spencer Turrin from the festivities, the two coxless pairs bearing their names will be christened after their Olympic Games campaign. The remaining three of the new fleet were on display and duly named.

Three time world champion Erik “hat trick” Horrie spoke about how proud he is to row in the light blue before wetting the bow of the “Erik Horrie” a new single scull. David Sollom christened the new Sykes Coxed Four named after Dame Eadith Walker – who in 1895 was the first women to be an office bearer at the club. In 1886 she inherited her father’s estate, sworn for probate at £937,984. Dame Eadith was a philanthropist a keen oarswoman and a great supporter of the club. 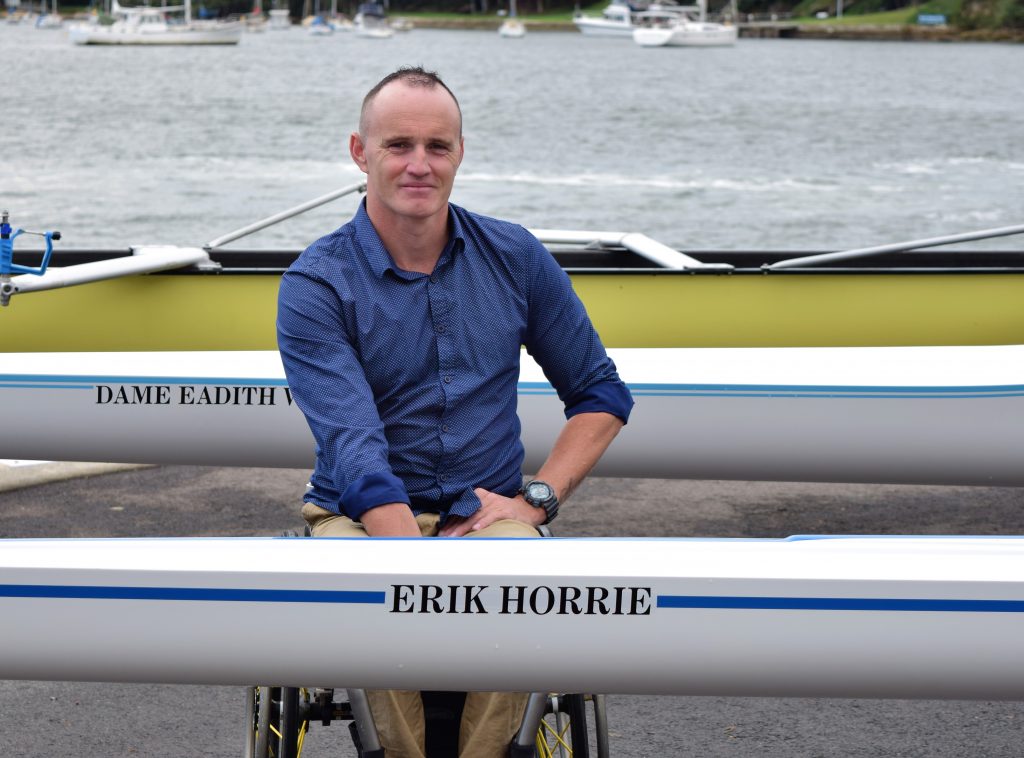 John Coates passed on his apologies John’s currently overseas with Olympic Committee duties in what is a busy and important year for him. Daughter Fiona stepped up to christen the Empacher eight the “John Coates”. Fiona stating that “The six Coates’ children practically grew up at SRC and the club is absolutely in their blood”.

The assembled crowd then moved to the Wharfside Room for lunch and refreshments. With Dale Caterson away on Safari in Africa, Michael Morgan took up the position of MC, welcoming guests – including visitors from the Central Tablelands Rowing Club. Lyn and Don MacIver brought the young rowers along to provide them with the opportunity to visit a well-established club. The Central Tablelands Club being relatively young. The Rowers’ Reunion provided the ideal occasion to see the club working at many levels.

Rowers’ Reunion is a great opportunity for rowers to share stories and importantly memorabilia. Lyn MacIver spoke and displayed a framed photo of the 1963 Champion Lightweight Four of NSW. The same crew that went on to win the Penrith Cup. The crew was boated by Alan Simons (bow) Geoff Knight, Don MacIver, Greg Hancock (stroke) with Larry Parker in the coxswain’s seat.

The Dedes kitchen again provided a splendid meal at what was a very enjoyable afternoon at SRC.