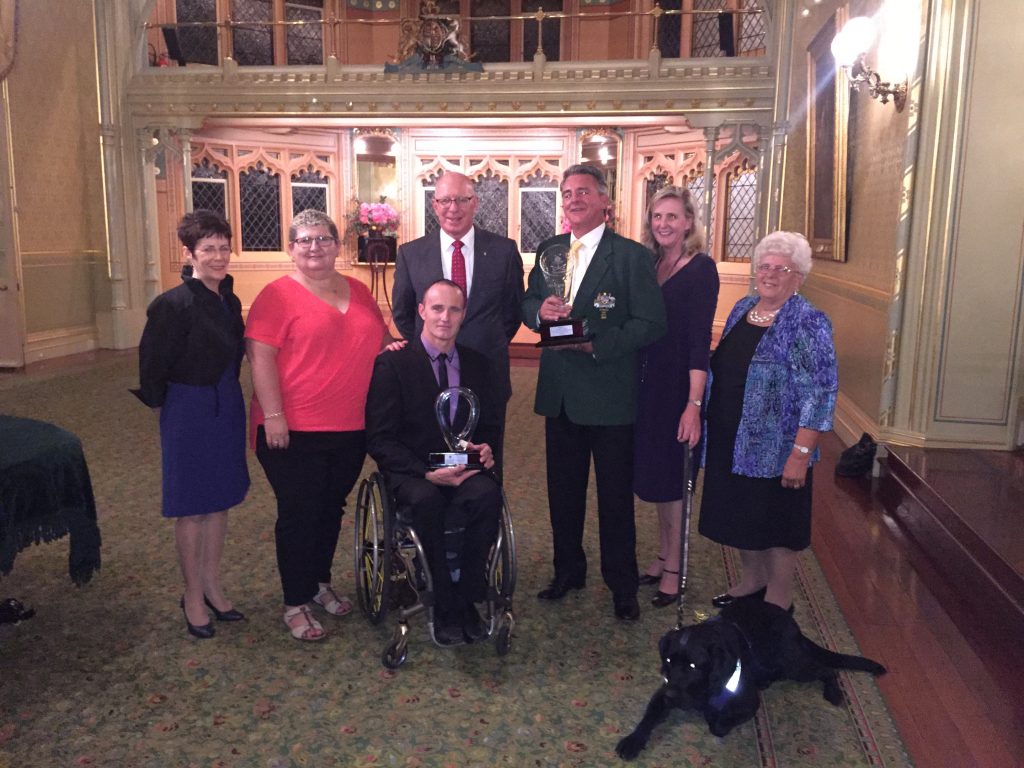 The President’s Trophy is presented to an athlete who, in the past year, has made an outstanding and inspirational contribution to the sport of Para Rowing in New South Wales. SRC’s Erik Horrie has taken out this inaugural award adding to a plethora of accolades received over the last few years. RNSW President Ivan Adlam donated the trophy which was presented by the Govenor at a ceremony at Government House. Erik is a paralympian silver medallist (2012), three  time world champion (2013, 14, 15) and holder of the world’s best time. Deservedly, Erik and his coach Jason Baker have been named in the Australian Olympic team for the Rio games in September. Congratulations Erik and we look forward to following your road to Rio.