SRC rowers and coaches headed en-masse to Melbourne last weekend for the 58th Head of the Yarra Regatta. The club fielded five eights with Leah Saunders and Kendall Brodie also representing in a composite boat in the Women’s Open eight who placed 2nd behind Melbourne University. The Masters started the regatta with a victory in the D Grade event, after a time penalty was reversed following a successful protest. This was a terrific performance from Steve Handley’s legends, especially after coming so close in 2014 and 2015. Special thanks must go to Stuart Johnston for fitting Yarra specific rudders on all of our boats to handle the sharp bends in the river. 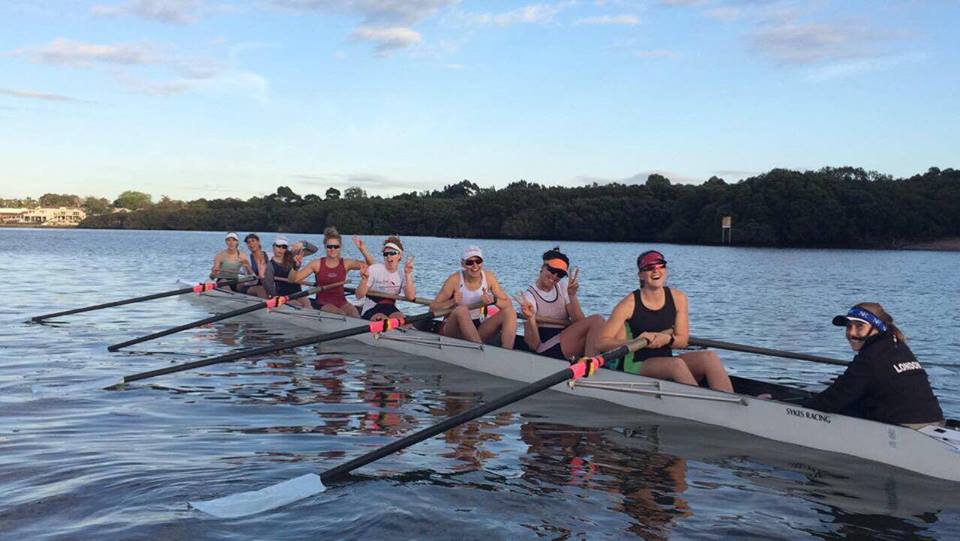 With our Women’s program building we were very excited to be able to field a women’s eight.

We also had four more girls in the Mixed Eight. They came 13th out of 251 crews overall, beating two men’s open crews (including the UTS Men’s 2nd Eight by a minute), three men’s B crews, over 30 schoolboy Eights and every single female crew by a long margin.

Our Men’s Open Eight were the clear favourites to win the 8.6km time trial but unfortunately had to start behind the other crews. This left Milly with no space for overtaking as they had to paddle behind the line of Open Eights. The Men’s crew eventually caught up to a few of the Open Women’s Eights who were gridlocked under the last bridge before the finish. The Banks Women’s Crew had collided with the MUBC Women’s Eight and Banks were left motionless until the SRC Men’s crew offered to help by giving them a nudge towards the line.

The following crews competed in the regatta:

Congratulations to all who raced!