Mens Crews to Friday, Racing Heats Up at HRR

Both our Britannia and Wyfold crews have enjoyed a positive start to the regatta, both progressing on to their respective quarter finals on Friday. 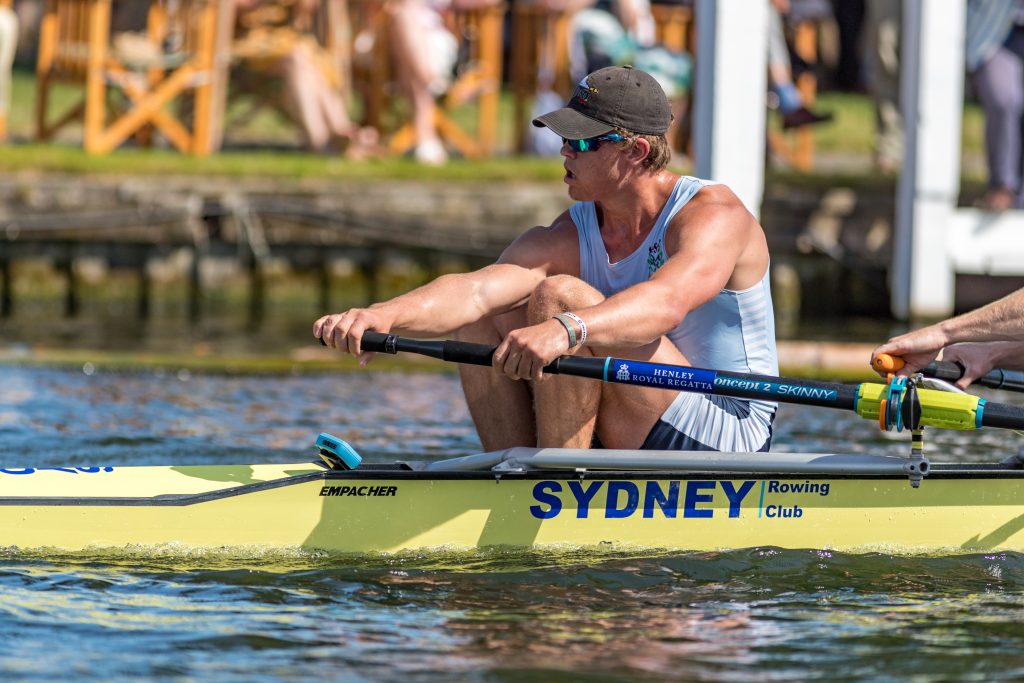 Our Wyfold 4- have raced twice, taking wins against Cambridge ’99 ‘B’ on Wednesday evening by 4 and 3/4 lengths, and then following up with another win against City of Oxford Rowing Club on Thursday by 2 and 3/4 lengths, which can be viewed below. The crew move on to face selected crew, Ruderclub Nürtingen from Germany at 3:10pm BST / 1210am AEST.

Our Britannia 4+ launched their campaign on Thursday, taking on City of Bristol – a club very familiar to three seat Max Brenner… Unfazed, the boys settled into their rhythm quickly off the start, taking the win with a verdict of 2 lengths in a classy performance which can be seen below. They move on to race R.C. Hannover, Germany, at 7:15pm BST / 4:15am AEST.

Henley Friday in 2019 marks the first running of the Kings Cup at HRR in 100 years, paying tribute to the Henley Peace Regatta run in the aftermath of WWI in 1919. SRC’s Charlie Patterson looks to bring the experience of his four campaigns with the club to the Australian Defence Force’s entry. They will be the first cab off the rank, facing the Netherlands at 11:00am BST / 8:00pm AEST.

Check out some of their preparation here.

A special mention must go out to a few friends of SRC.

Kate Wagstaff, who joined us on January camp in Jindabyne, after winning the Lwt 2- at Henley Womens, has qualified and progressed to Friday in the Tideway Scullers School Remenham Eight. Kate is set to face the Netherlands at 5:35pm BST / 2:35am AEST

Miles Devereux, who will be joining us next season, is racing in the Leander ‘A’ boat in the Fawley Challenge Cup, he comes up against Tideway Scullers ‘C’ at 6:35pm BST / 3:35am AEST.

Bryn Ellery, who is also joining us next season, has progressed to Friday in the Prince of Wales Challenge Cup. Bryn is racing for his alma mater in a Windsor Boys and Windsorian Boat Club composite. He races Edinburgh and Nottingham at 3:05pm BST / 12:05am AEST.

Good luck to all our crews and friends racing! You can follow them live from home below!