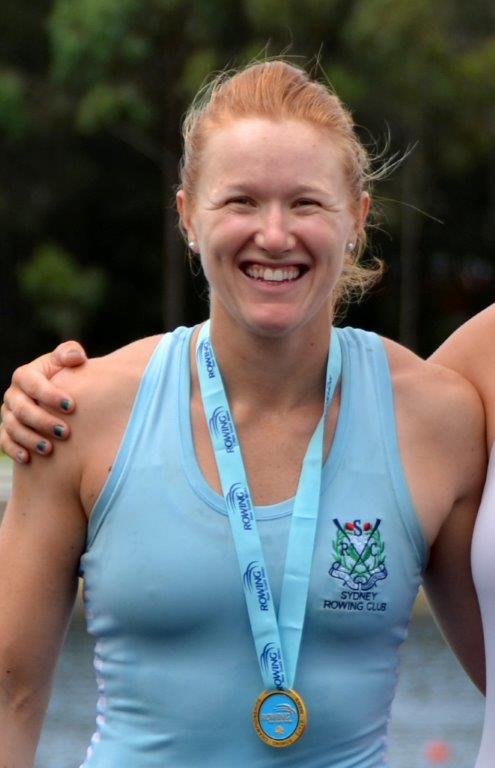 Tess was born in 1988 and joined Sydney Rowing Club in 2010. She began her rowing career at Manning River Rowing Club at the age of 13, winning numerous State and National underage single sculling titles, before attending Pymble Ladies College in Sydney where she enjoyed success in the Schoolgirl eight winning back to back national and Head of the River titles.

Tess went on to study at Yale University from 2006 to 2010 where she graduated with a Bachelor of Liberal Arts in Economics. While rowing at Yale she won three NCAA Championships in the First Varsity Eight, Tess was named a four-time All-American athlete, and became the World Indoor Rowing Champion in the collegiate and open divisions in 2008, with a 2 kilometre time of 6:43.

On returning to Australia in 2010 she joined Sydney Rowing Club and gained selection on the Australian Rowing Team in 2012 in the Women’s eight. Rowers in the eight were nicknamed “the Motley Crew” after being pulled together only months before the Olympics. The eight qualified first at the final Olympic qualification regatta in Lucerne and went on to make the A final at the London 2012 Olympic Games, finishing in 6th place.

In 2013 Tess relocated to the Australian Institute of Sport and then Melbourne to train in the coxless pair, winning the NSW State Championships in the Elite Women’s Pair. She was also selected to represent NSW in the Women’s Single Scull at the Interstate Regatta.

Racing in the 2013 World Cup Regatta held in Penrith, Tess won gold in the Australian women’s eight against reigning Olympic Champions USA, and bronze in the Women’s Pair. Tess then competed at the 2013 World Rowing Championships in Chungju, Korea, doubling up in the priority pair and eight. Due to illness she withdrew from competition in the pair to focus on recovering for the women’s eight final. The eight finished in 5th place.