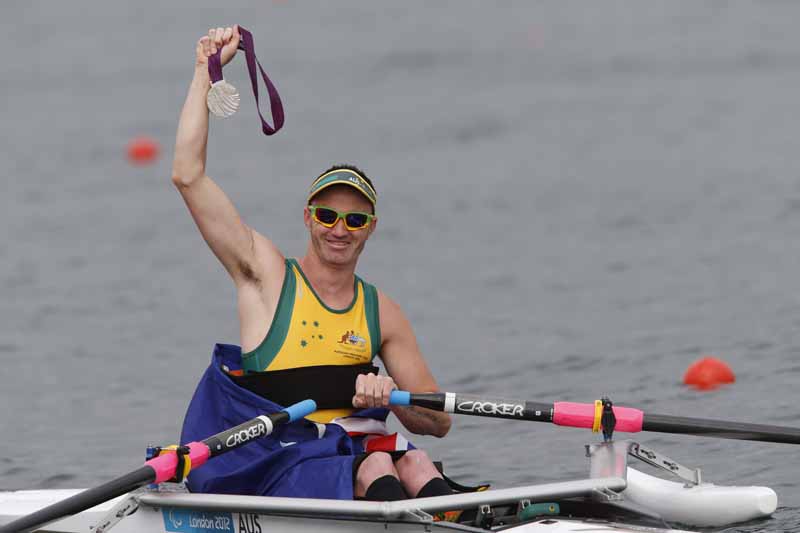 After a car accident, which left him a paraplegic when he was 21, Erik played Wheelchair Basketball. In 2009 he made his debut for Australia as part of the Men’s wheelchair basketball team, The Rollers, which won gold in a World Cup qualifier and gold at the 2009 IWBF Oceania Championships.

Erik made his transition to rowing in 2011 and went on to win bronze in the Arms and Shoulders single scull at the World Championships in Slovenia in the same year. Since that time he has dominated in this event. Erik joined Sydney Rowing Club in 2013.

Erik travelled to Munich for the Samsung World Rowing Cup regatta as a preparation race for the London Olympic Games. Tom Aggar of Great Britain had been leading the para-rowing field for the last four years and on home waters would be tough to beat. However, a whole raft of scullers who had been battling it out for silver and bronze were closing in on Aggar. Erik Horrie was part of that group of scullers. 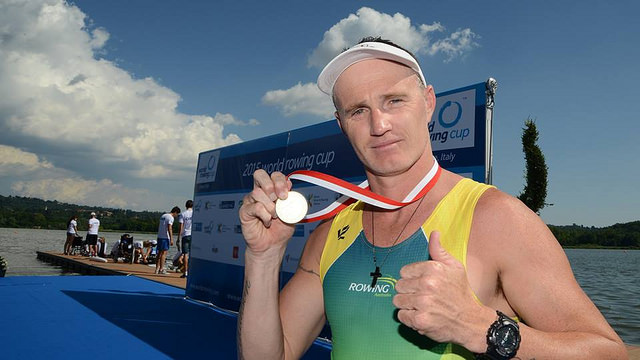 Erik was selected for the London Olympic Games during this time his fiancé, Michelle was due to have a baby. A day after his first heat he suffered a seizure and was admitted to hospital. Erik was determined to make the final and to win a medal – which remarkably he did – winning the silver medal and at the same time learning he had become a father to a baby boy.

At the 2013 World Championships in Chungju, South Korea, Erik stunned the rowing world by winning the gold medal and taking a record 10 seconds off the world’s best time. He followed this up with gold at the World Championships on the Bosbaan, Amsterdam in 2014.

Topping off a stellar year, Erik was voted Rowing Australia’s Male Athlete of the Year, the prestigious Wests Magpie Award and World Rowing’s Para Crew of the Year award which he received at the 2014 World Rowing Coaches Conference Gala Dinner in Rio de Janeiro.

We look forward to more great achievements from Erik and his coach SRC’s Jason Baker as they continue on their campaign to Rio 2016.