Ed White joined Sydney Rowing Club in 2010 after leaving St Ignatius’ College Riverview, where he begun rowing in 2005 and was coached by Jason Baker in his final year. His Riverview accolades include:

In 2012 Ed combined with current pair partner Tom Gunton to win the Australian Youth Cup Championship pair. In 2013, Ed was selected for the Australian Under 23 men’s eight which competed in Linz, Austria, where the crew placed 4th in the B final.

Ed was a member of Sydney Rowing Club’s Men’s Coxed Four competing at the Head of the Charles Regatta in 2014. The crew coming in at a remarkable 4th place and setting the crew up for to start 4th at next year’s regatta. 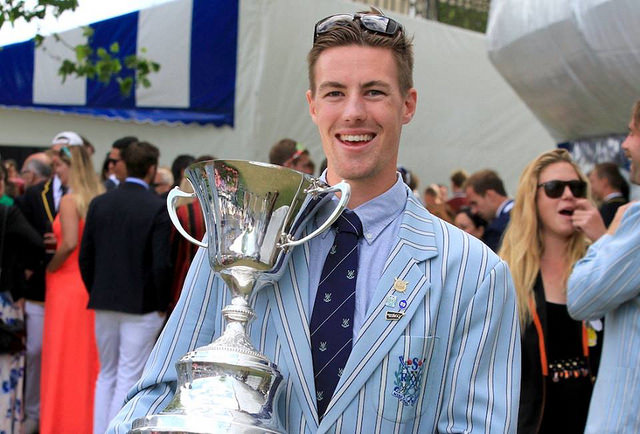 The highlight of Ed’s rowing career would have to be his incredible 2017 win in the King’s cup. The crew led from start to finish and won in a time of 5:30.

In 2018, Ed was elected Vice-Captain of the club following Kendall Brodie’s selection in the Men’s Eight.