Rowers Turn Out for Reunion

Sydney turned on another stunning day to welcome members and visitors to the Rowers’ Reunion last Sunday. Guests gathered in the boat shed for refreshments before heading to the hardstand for a special scattering of Phil Cayzer’s Ashes. Phil’s two nephews joined President Keith Jameson on the Pontoon for the occasion as they each spread the ashes to a place where Phil spent such a large part of his life. 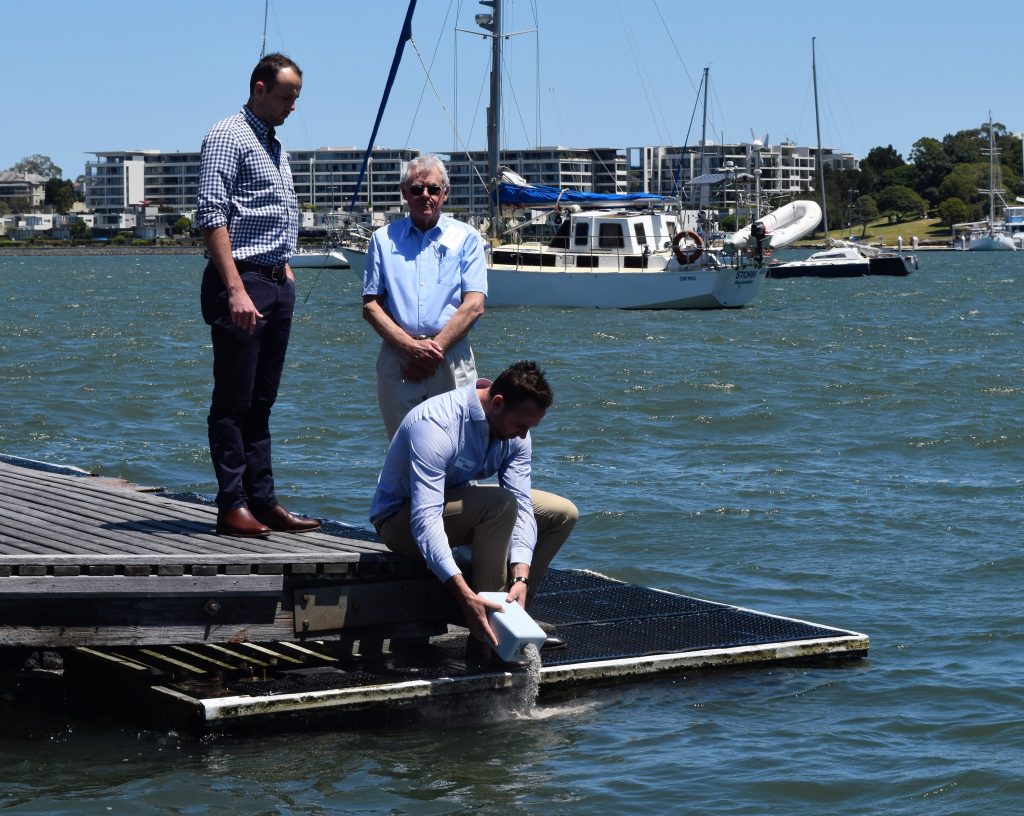 As is the tradition there were boats to be officially named after some of SRC’s most eminent members. Rio Olympians Alex Lloyd, Spencer Turrin and Chris Morgan. Australian representative Leah Saunders and long-term member and stalwart of the Master’s program – Roger Brighton. After a liberal splashing of Bubbly on the bows of the four pairs and the Quad/Four and some heartfelt words shared by the recipients, guests moved to the Wharfside Room for a delicious lunch.

Michael Morgan presented a surprise DVD remastered from 16mm film of various crews from around 1968, namely the SRC crew that won the Champion Eights, the NSW crew that won the King’s Cup and the 1968 Olympic Men’s eight. Many members of these crews were in attendance at Rowers’ Reunion on Sunday.

SRC’s Rowers’ Reunions take place twice a year, on the first Sunday in May and the first Sunday in November. It is always a great day to catch up with friends old and new and enjoy a meal and drink and the sharing of memories. Click here to see the photo Album.