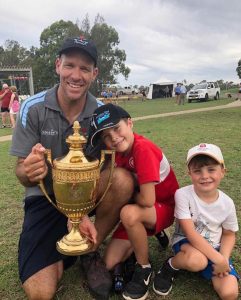 Donovan is a South African who competed at international level in the men’s pair. He and his pair partner Ramon Di Clementi achieved a very high level of success over the period 1999 to 2008. At the World Championships in 2001, 2002, 2003 and 2005 they finished bronze, silver, bronze, and silver, and at the 2004 Athens Olympic Games they gained the bronze medal, South Africa’s first ever Olympic rowing medal. They won numerous World Cup medals in the same period, and won the Silver Goblets at Henley Royal Regatta in 2004, 2005 and 2007. Donovan’s rowing career finished in 2008 when he retired due to a back injury.

2016 RNSW Coach of the Year recipient, Donovan Cech joined our coaching staff in December 2014 as Head Coach. In a short time Donovan has steered SRC to numerous accolades including topping both Gold Medal and Overall Medal Tables at the Sydney International Rowing Regatta in 2016, back to back wins in the Riverview Gold Cup, a win at Henley in the Britannia Challenge Cup, an A Final finish for our Aus JW1x at the 2016 Junior World Championships as well as many national and state titles. Don has also been the lead coach for the NSW King’s Cup Eight from 2017-2019, taking wins each year. 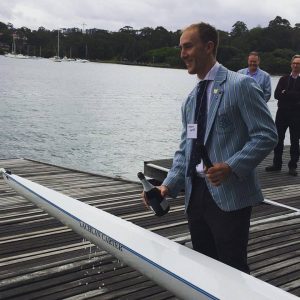 Coach Carter joined the club as an athlete in 2007 after graduating from The King’s School. He went on to enjoy four seasons as a Lightweight, representing NSW in the Penrith Cup twice. In 2011 a recurring back injury ended Carts’ rowing career, and after most of the year off, he was asked to help out the coaches on January camp, and he’s never left the club once since then.

In recent years Carts has coached the Penrith cup to several podium finishes, including a victory in 2018. He has also coached a plethora of club and youth women’s crews to state and national championships. In his first official season as Women’s Development coach, he led the Junior Womens Coxed Four to a silver medal finish in the inaugural running of the event, at the 2018 Junior World Championships in Račice, Czech Republic. Carts then took our three girls, along with 6 other Welsh Ladies, to NSW’s first win in 6 years in the Bicentennial Cup for Women’s Youth Eights at the 2019 Interstate Regatta.

Originally from Western Australia, Brendan has rowed in Penrith Cup crews for both WA and Tasmania over the course of a decade as a lightweight rower. In February 2017, a chronic back injury saw Brendan stop competitive rowing and take on the role of Head Coach at Tamar Rowing club. Brendan helped to reorganise the club’s coaching structure following the June 2016 flood and guided the club to seven State Championships in 2018.

Brendan joined SRC in April 2018 as Assistant Development Coach. Late in 2018, the opportunity to run the Junior Program was offered. Brendan has since restructured the Junior Squad, where he continues to identify and develop young athletes within a renewed high performance framework. This was reflected by his crews performances in 2019 at both the State and National Championships, where in the u17 category alone the club achieved four Gold and two Silver.

In June 2019, Brendan coached the youngest crew SRC has ever sent overseas. The crew competed at Henley Women’s Regatta as well as Henley Royal Regatta Qualifiers. The tour set a precedent for our growing junior program, marking the beginning of an ongoing opportunity for younger athletes to compete for the club on a world stage.

Shane, originally hailing from Ireland, won Bronze and Gold Medals in the BLM2- in ‘17 and ‘18 respectively. Since then, he’s coached in Melbourne and now joined us here at SRC!

What brought you to SRC?
Many of Sydney Rowing Club’s philosophies around training, equipment and culture tie in closely with my beliefs and ideals, so when I saw a position was available on the coaching panel I jumped at the prospect. It also offered me the chance to learn from some of the best coaches and athletes in Australia to further my skills as a rower and coach.
What are some of the highlights of your rowing career?
Although claiming two medals at the under 23 world championships can be seen as my highest achievement, the highlight of my rowing career was winning the Men’s Senior 8+ at the 2019 Irish National Championships, a prize won by the club just once in the preceding 45 years and a race which felt like the whole club was racing with us. A true testament to the culture which the coaches and athletes in UCDBC have been working hard to build over several years.
What is your favourite boat class and why?
The coxless four has to be every rower’s favourite boat. It’s the perfect mix of going fast and technical finesse, minus all the complication associated with an eight. I suppose the quad could be included in that bracket too but I’m a sweep rower through and through.